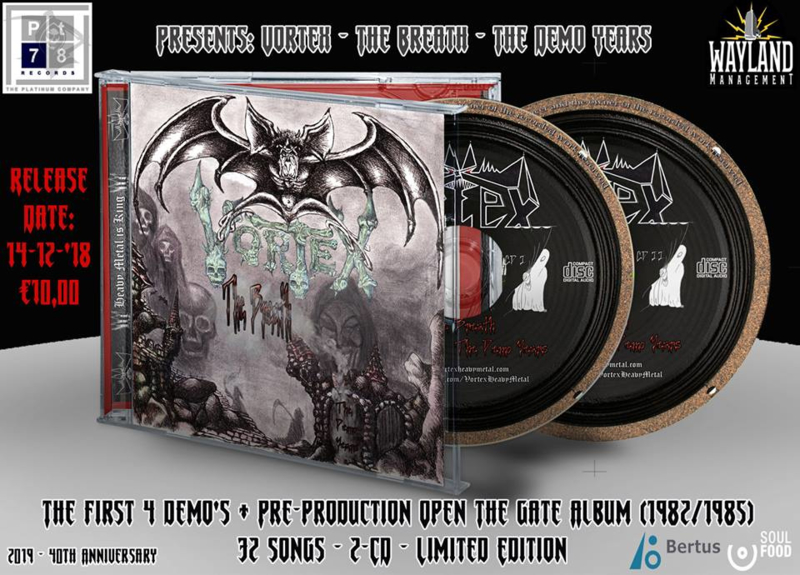 Vortex is one of the oldest and certainly one of the most characteristic heavy metal bands from the Netherlands. In 2019 they will celebrate their 40th jubileum. To celebrate this huge milestone Vortex signed with Pt78 Records, from their hometown Groningen, a worldwide label and distribution deal for their new upcoming album (2019 CD and vinyl) and a very special edition double CD with never released demo’s called The Breath - The Demo Years (1982-1985) plus the pre-production of the Open The Gate album. A total of 32 songs on two discs as a limited edition available.

Vortex: "Close to our 40th Anniversary we are very pleased & honoured with our signing with Pt78 Records. 2019 will be a great year for us and we are thrilled to celebrate with a very special double CD with never released demo's & our pre-production of our Open The Gate Album (1982-1985) followed by a brand new album later on in 2019. A little suprise comes also with the new album as we will record some very old songs from our 3th album (1987) that has never been recorded or released.
We thank Pt78 Records to make this all possible and for believing in us. We are looking forward to a long and great cooperation. So beware, the Bats will keep flying!"

Pt78: "When we got the chance to release old and new material of these legends, we jumped in straight away. Not only a fantastic band but also great guys. They proved that old school metal is still very alive and kicking. As label we will work together to make the upcoming releases and an amazing 40 years celebration a big success". 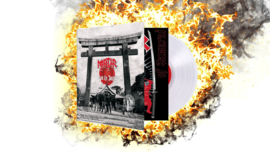